“WE ARE ONE!” Do You Know HWPL Supporters ONE? 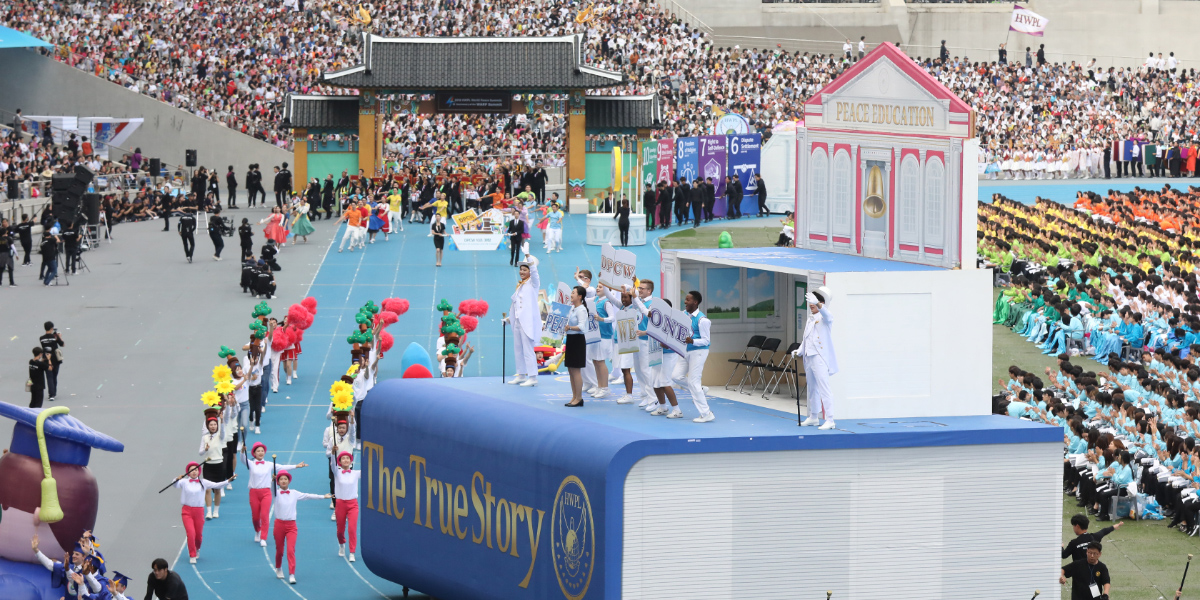 While the performance and parade rehearsals are underway, many people are busy moving and working on one side of the stadium to announce the news of peace. They are the HWPL Supporters ONE who gathered to promote the peace activities of HWPL to the world! 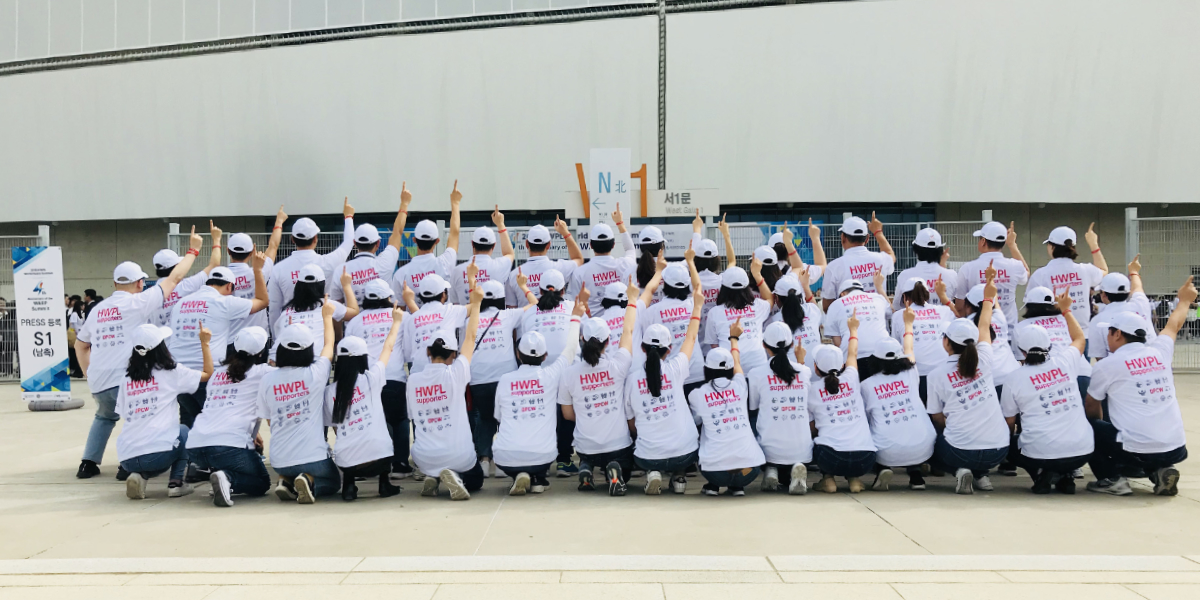 Hello, my name is Jiwoong Kim and I am currently working as a freelance translator.

What made you interested in the peace activities of HWPL?

I was browsing the news on an internet portal site when I noticed an article about a region called “Mindanao” and the peace treaty that was signed there. I had never heard of that area before, so I searched the internet and found out about its history and the 40 years of conflict that had plagued the area. It was only recently that peace was achieved in the region, which was accomplished in a large part through the efforts of HWPL, a Korea-based NGO, that acted as a catalyst in the peace process. I was deeply moved by the peace activities done in the name of Korea, as well as the passionate heart of HWPL’s Chairman Man Hee Lee that can be heard through his shouts during the various events, so I also wanted to join in the work. It is amazing to see how a private organization is doing the things that the UN was unable to accomplish. Since then, I started to run a blog and quietly joined in HWPL’s peace activities.

How did you become a part of the HWPL Supporters One?

I was working alone to promote the work of HWPL through my personal writings and blog activities when I was suddenly contacted by HWPL one day and recruited as an HWPL Supporters ONE blogger. I heard that the purpose was to work together with those who support HWPL’s peace efforts with the intention of promoting this year’s World Peace Summit to the world. Of course I agreed. Even though we didn’t know each other it was nice to have the opportunity to come together and work side-by-side for peace. It truly feels like a family. 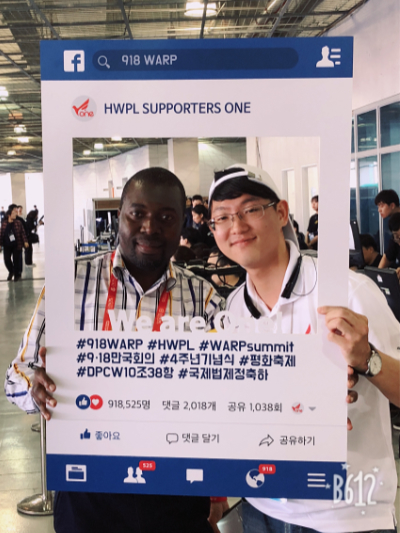 The name of the supporters is ‘ONE’. What meaning does this name have?

‘ONE’ means ‘Hana’ (one) in Korean. It means that the people who support HWPL and the work of peace gather together in one place in order to achieve peace. In the end, all people of the world will become one under the values of peace and have a desire for the achievement of peace

The slogan ‘Let’s all become messengers of peace and achieve peace (#Together for Peace)’ carries the same meaning. What did the Supporters do at this past event?

Through domestic and overseas social networking sites and blog platforms in each portal site, I was able to clearly convey my overwhelming feelings, expectations for the Peace Festival for the World Peace Summit, and descriptions of the various events as they occurred. Creating and uploading SNS posts and blogs including articles and pictures of the event, as well as video contents, allowed those who were not able to attend the event to view the peace summit through SNS and the internet.

According to your blog, the live news of peace is spreading quickly. What did you feel during the 4th Annual Commemoration of the September 18th WARP Summit?

Above all, I thought that it is truly possible for people to live together so peacefully. Seeing all the people from different races, nations, religions and cultures enter while holding hands was heartwarming. I felt as though everyone watching was witnessing a scene of a peaceful world where everyone was able to dance together and enjoy themselves, which was made possible through the values of peace. I saw the hope that world peace is actually possible.

When I saw Chairman Lee of HWPL I thought it was truly amazing. I thought to myself, ‘Where in that small body does the power to carry out the peace movement alongside so many people and the world come from?’ Hearing Chairman Lee’s speech I felt his passionate heart and thought that ‘he is doing the work of peace with a sincere love for all humanity’. I thought that it was a very good thing to be participating in the HWPL Supporters ONE and doing these peace activities.

I was also reassured by hearing the speech and congratulatory messages from the former and current presidents that had come from all over the world. When I thought that all these prominent figures from all walks of life are supporting the peace activities that I am also participating in, such as emphasizing the need for peace and the reunification of the Korean Peninsula, it felt like a genuine diplomatic effort. I now have a strong desire to work together in advocating for the Declaration of Peace and Cessation of War (DPCW) to be adopted by the United Nations. 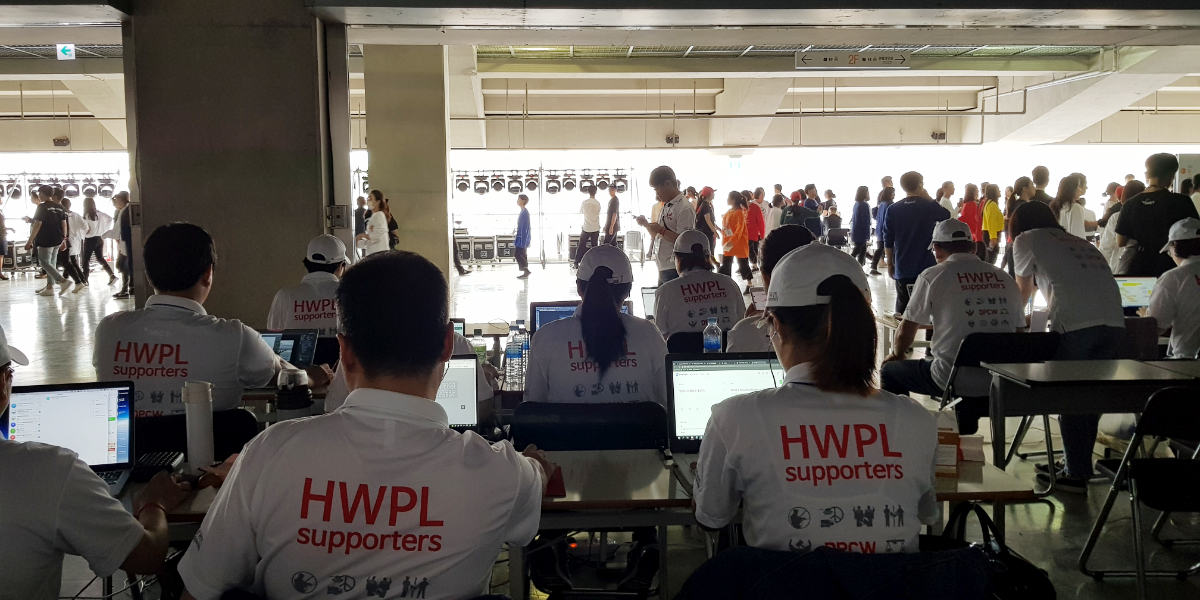 What would you like to say to those who want to join the Supporters ONE?

I don’t think peace is a story that is far away from us. If you look at the news on the internet, there should be no more news of war and terrorism that is occurring around the world. Unless peace is achieved, we, our children, and even our future generations, cannot escape from the threat of war and violence.

However, it is not the work that anyone can do alone. You and I, together with the voices and opinions of many others, must come together and join forces for peace. Through this I believe that we can protect our world from war and terror. I hope more people will join the Supporters ONE and run together with the hope of peace. Peace is something that we can achieve.

HWPL Supporters ONE started an online promotion service from September 1, 2018 in order to make the peace activities of HWPL and other news of peace widely known around the world.